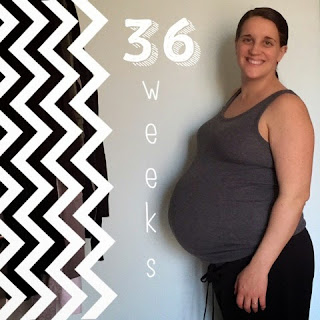 First off, RIP engagement ring and wedding band.  We had a good run--35.5 weeks!  But unfortunately you were just too tight to squeeze on anymore and you've been retired until May (or earlier! fingers crossed!).  Mike bought me a silver band last go'round that I wore like half of my pregnancy with Patrick (not really, like from 28 weeks on or so), so that has been busted out and I've been sportin' that all week. 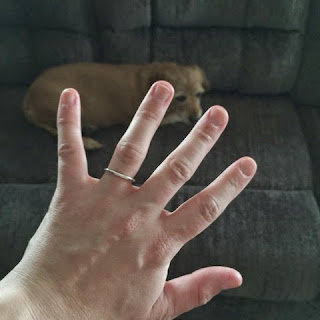 Okay, now to the fun stuff: had my 35.5 week check up on Monday...and all is lookin' good with #2!  Actually, everything is completely different than it was at almost 36 weeks with Patrick!  For example, #2's heartrate was in the high 150s, whereas Patrick's was always in the 130s.  I was already dilated to 1cm and 50% effaced at this point with Patrick, whereas I'm nice and closed with #2!  I also was measuring at 40+ weeks with Patrick at this point, whereas with #2 I'm only measuring slightly ahead at 38 weeks!  So yeah, they're right, every pregnancy is different, and I can totally attest to that here!  After my appointment on Monday I'm definitely still thinking a girl, and honestly if I had this babe tomorrow and it wasn't a girl, I'd be shocked!  --But in a good way.  A boy would be great too.  Heck, either boy or girl is fine, as long as they're screaming and healthy!

I had bit of a drama llama post earlier this week complaining about how rough it was with Mike being on nights and me flying solo at 9 months pregnant, but really, after I typed it out and reflected a wittle bit, I felt better about it.  So that's good.  And I can still pick this little 33 pound chunker up, so go me, right?!  RIGHT. 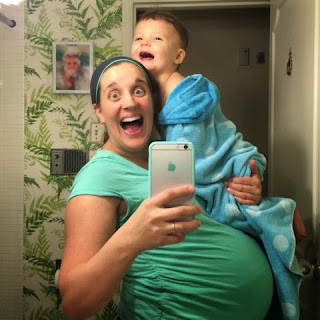 Earlier this week I put on my favorite Los Pollos Hermanos shirt from Breaking Bad and shockingly it still fits!  Yahooooooo!  Maybe I'll wear this shirt to the hospital for my c-section...which is only 3.5 weeks away! OHH EMM GEE.  Here's a fun little comparison pic from 16 weeks and (almost) 36 weeks of my favorite shirt.  I bet I can get it to last till d-day, which there's no way at 16 weeks I thought would happen. 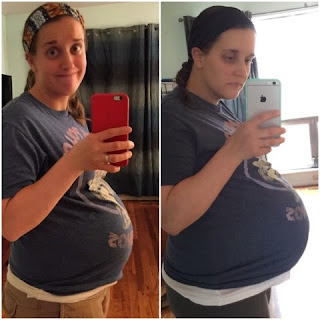 I also recreated this gem my cousin sent me on Pinterest with Scoots.  I just love it.  I think he's sensed lately something is a'happenin' (again) and has been kinda clingy to me.  Hopefully he'll love this new babe as much as he does Patrick. 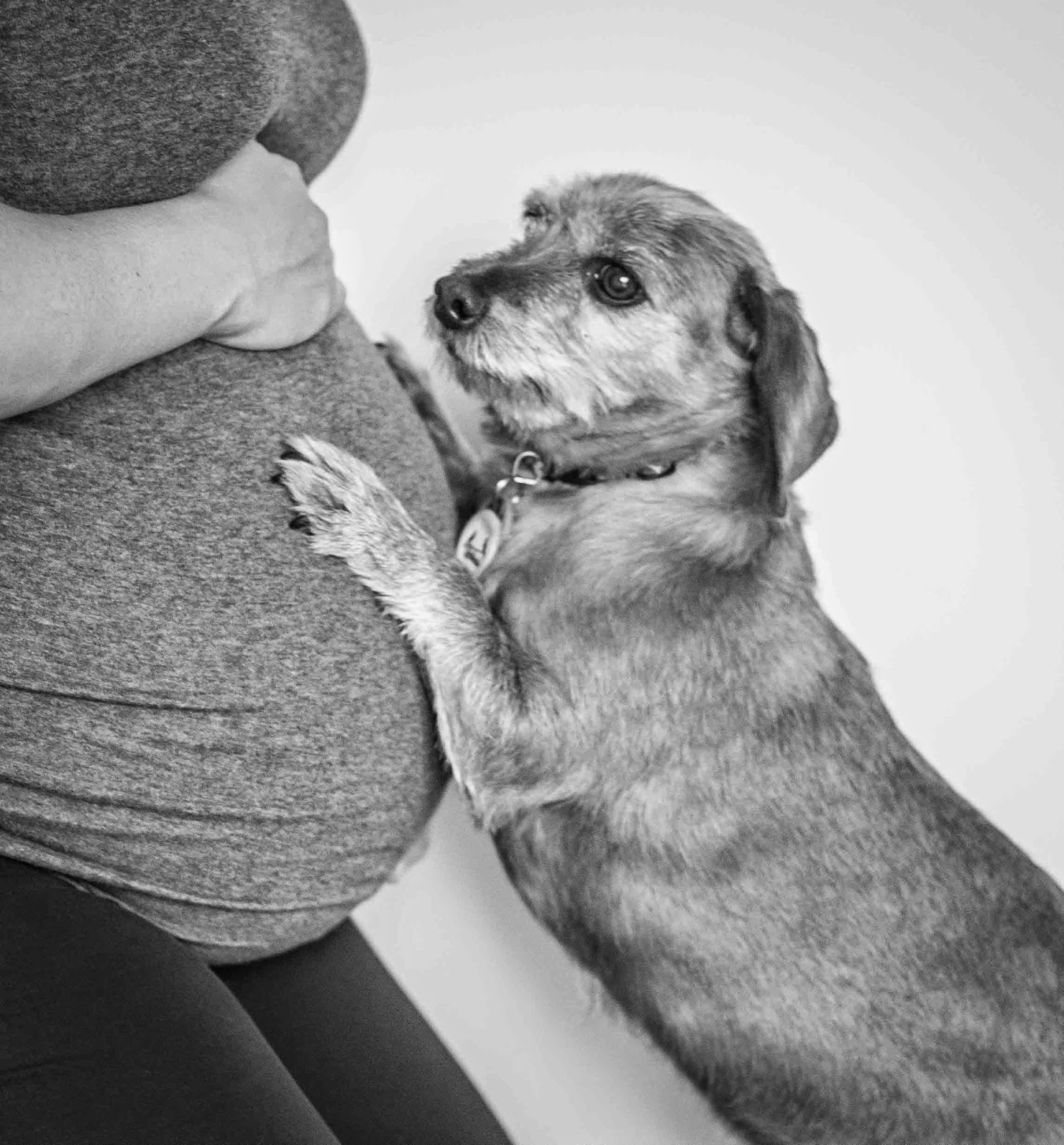 Other than being super duper pooped at the end of the day (come on spring break! NEXT WEEK! I.AM.SO.EXCITED.) and it really getting hard to bend over to get something or climb up stairs, I'm feeling pretty good.  I'm really trying to sit down as much as I can at work (and have people come to me if they have a problem, instead of vice versa) because every time I stand up it's like "whooooaaaaa" pressure and I feel like the baby's gonna fall out and I'm going to pee everywhere.  Yeah, no fun.  Anyways, besides that, I really can't complain!  I know this is light years leaps and bounds better than I was feeling at 36 weeks with Patrick, so I feel good about that.  Oh, and I still haven't gained any poundage since 29 weeks, which is shocking, since I've polished off a few bags of Cadbury mini eggs and Snickers Easter eggs earlier this week.  Guess it's from chasing the wild beast (such an appropriately coined term Lauren!!!) all the time when I'm home.  Anyways, here's till week 37...FULL TERM THEN! WOOT!
Posted by Alexandria Mooney at Thursday, March 12, 2015